Bryce's Website. Bryce is a character from the MUD COGG, which you should definitely check out.

This website is only one page, because I'm lazy. The menu below just links to sections further down the page, and each section has a "back to top" link that'll bring you back up here to the menu. Enjoy the simplicity. 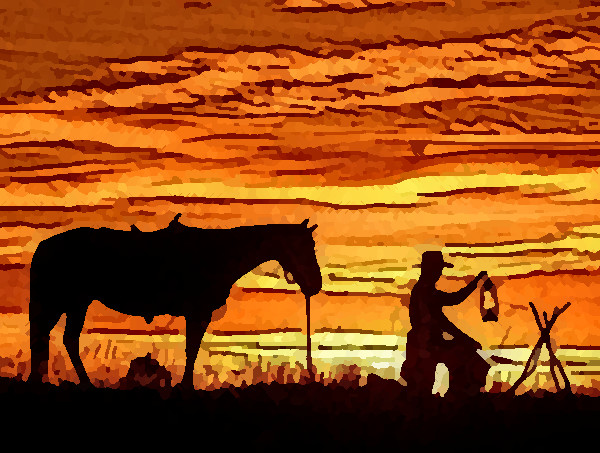 (I just found the above picture with an image search and used it because it features the color sunset-orange.)

look self
You see a short lanky dirty-blond-haired adult man with fair skin and baby blue eyes (yourself!).
He is about five and a quarter feet tall and appears to be in the prime of life. He has chin-length feathered dirty blond hair and baby blue eyes. His skin is fair and build is lanky.
He is wearing a wide-brimmed leather hat, a small sunset-orange crystal pendant (opaque), a carmine-red wool scarf, a heavy canvas backpack (open), a striated clay-red wool poncho draped over a brown oilcloth duster (open) worn over an ecru loose wool shirt, some umber wool trousers bound by a cracked leather belt (with a soft leather locksmith kit (open) and a canvas-covered iron canteen (closed) attached), and some worn leather boots.

Bryce Wheellock is a Hillfolk adventurer who resides in the dusty frontier mining town of Shadgard. A locksmith by trade and a member of the Lost Lands Adventurer Guild, he'd be every Adventurer class at once if he could - he collects tales and sings like a Bard (or at least likes to think so), wanders off the trails and buschrafts like a Ranger, explores ruins for loot and relics like a Treasure Hunter, and has a tendency to sneak into places he's not supposed to be in like a Rogue. Feel free to guess which class he officially chose, but he doesn't feel the need to go declaring any particular one as his own.

If you're ever looking for a locksmith, a song, or a drinking buddy, give Bryce a holler. He can often be found loafing in the warehouse by the Shadgard market waiting for work, or at the Hanged Man bar enjoying a mug of Thresher Ale. 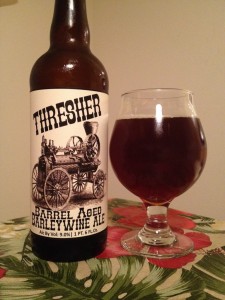 (Thresher Ale in the real world. Kind of.)

Mind your own business. 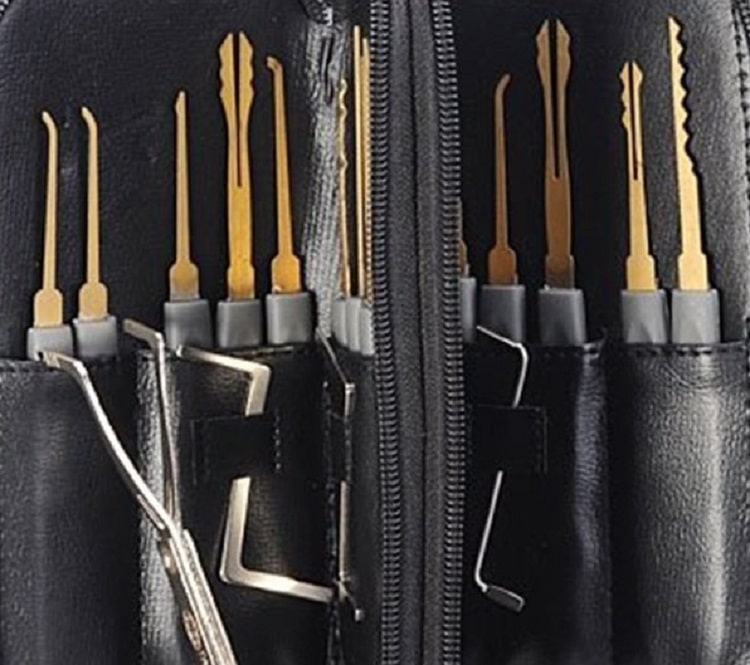 (My set of lockpicks doesn't look this fancy, because in real life I'm a greenhorn with entry-level stuff. I'm getting better, though.)

Some customs, tips, and guidelines I promote in the locksmithing community, both for customers and locksmiths themselves.

You're fresh back from the ruins of Aetgard with a haul of lockboxes, and you need a locksmith to help you get at the sweet, sweet loot inside. Keep the following in mind:

Locksmithing is a joy, ain't it? Let's try to keep the locksmithing experience efficient and enjoyable for everyone. 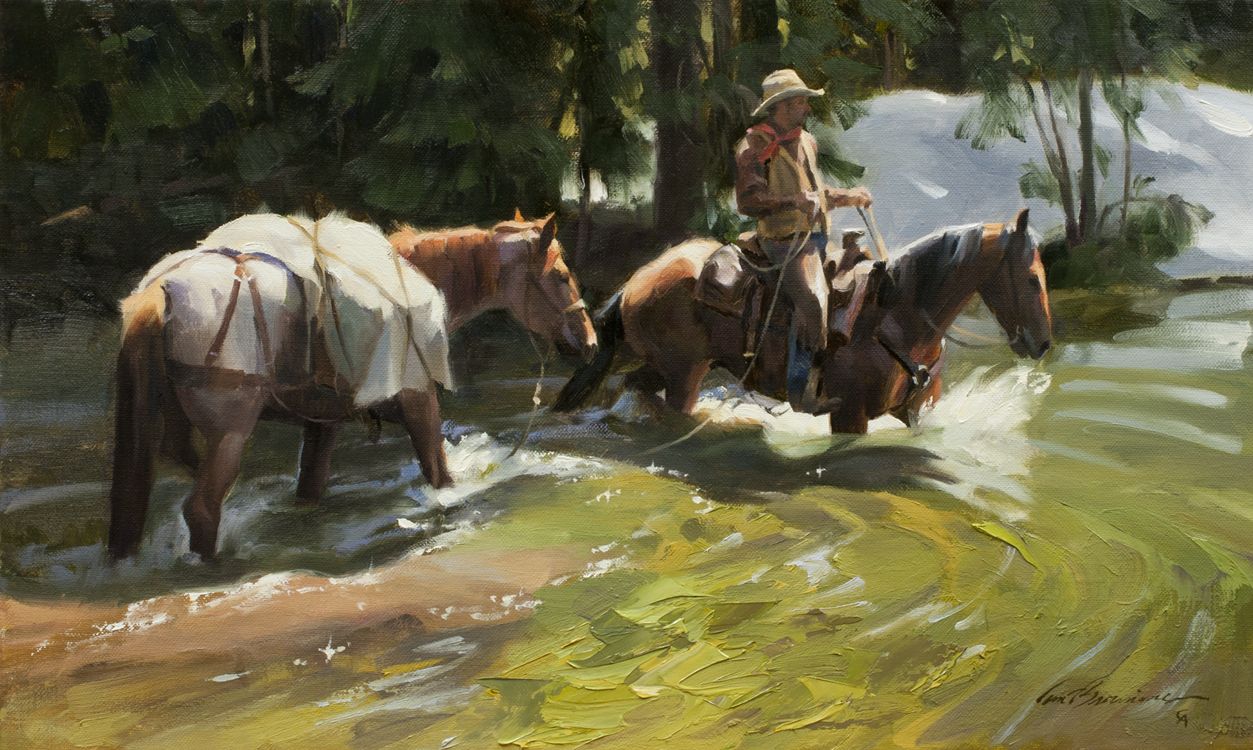 One of the greatest joys of playing MUDs is getting out there and wandering the world to see what you might find out there. It makes for some great armchair adventure when you can't - or just won't - get out there in the real world. A hassle in reality, a breeze in a MUD. I'll give an obligatory admonition to get out in the real world when you can, and with that out of the way, let's talk wandering in COGG.

First up, don't be scared to just get out there and wander around. Sure, you might get lost or die, but this being a MUD you can just hop right back in the saddle soon enough. Death ain't a big deal to us as players, though we should still treat it with seriousness in-character. Find a balance of being cautious enough to stay alive, but risky enough to let yourself get out there. If you die, it's not the end of the world.

Enough about auto-travel and roads. Sticking to the roads is useful, but boring. Wander off the road at random. See what's out there. Keep an eye out for trails that other characters have made: they might lead to something interesting. And while you're out there, if you feel like you reach a spot where there might be something more than what you first see, it's worth a quick search (use the SEARCH command) to check for hidden stuff. You can find all sorts of things, from cast-off hidden litter (jackasses) to entrances that lead to secret areas. Some members of the Adventurer Guild can get the Wanderer's Eye ability which can sometimes automatically reveal hidden items out in the wilderness. Not nearly as dependable as manual searching, but still real handy.

Oh, and because some people seem to have a real talent for gettin lost: Roads tend to lead somewhere. If you're lost and are lucky enough to stumble across the road again, follow it instead of just blindly wandering at random in a frustrated panic. You'll probably end up at a town or outpost, and if you don't - just follow the road back in the other direction then. Once you get to an outpost you can get your bearings, and most outposts sell at least basic supplies.

I think that's all I've got for my hodgepodge of wandering advice for now. And if you get nothing else out of this ...

LEARN TO READ THE DAMN SIGNS.